Why Are Ball Bearings Used in Machines?

Everywhere throughout industry, and everywhere moving parts are operational, it’s likely there’s a need for constant velocity joints. Especially in the case of connecting both stagnant and moving parts in need of removing friction impairment.

When sourced diligently – such as from SLS Bearings, the bearing supplier of Singapore – these ball bearing joints work to protect moving parts from friction damage such as pre-lifespan wear or conjunction part failure.

An Introduction to Ball Bearings

Ball bearings consist of a fixed housing casing and a rotating shaft. Together, they are the solution for getting the cogs turning in many industrial settings.

When you buy ball bearings in Singapore, and in other distribution locations around the world, it’s important to understand what exactly a ball bearing is, how it functions and which ball bearing types are suited to your mechanisms.

There are five main parts to the most common of the ball bearing family. They all work closely together in order to maintain frictionless stability and connection between two components. 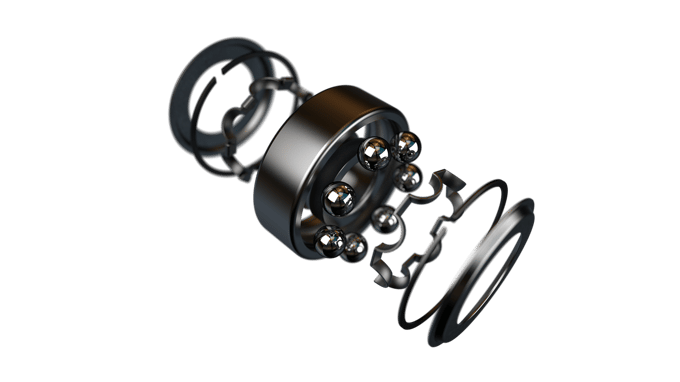 Starting from the center of the ball bearing, steel balls hold the most crucial role in performing functionality. They represent the rolling element of the bearing.

The cage holds the balls in a uniform ring keeping them at equidistant intervals within the bearing. The cage can be manufactured in a range of shapes and is developed using low-friction materials to allow the balls to continue rolling freely.

The inner ring (also referred to as the inner race) is a smaller piece on which the ball bearings sit on a radial axis. In most industry instances, it is the inner ring that spins as it is connected to the moving parts. The inner and outer races (see below) feature the same band width but varying ring diameters to allow for the insertion of the balls.

The outer ring (also referred to as the outer race) is the larger ring under which the balls maneuver on a radial axis. As the inner race typically features movement, it’s recognizable that the outer ring is the stagnant component. Both the outer ring and inner ring feature a groove of varying depths in order to allow the rolling elements glide without deviation.

Finally, the shield is an optional component to the ball bearing. However, it is highly recommended that you buy ball bearings with the shield included. The reasoning behind this is due to the increased durability prospects; the shield is a cover hiding the rolling element. They can either be manufactured with metal to prevent the settling of dust or with plastic to increase water resistance. At the same time, these shields help retain oil and grease to reduce the need for maintenance as it is kept lubricated for the entire lifecycle.

In order to move correctly, bearings need a radial and axial clearance (internal clearance) of these five parts. This is to allow for thermal expansion when operating caused by remaining friction levels. This special grant prevents the bearing from tightening, wearing and seizing.

What are the Types of Bearings Available from a Bearing Supplier of Singapore?

Bearings are not a one-size-fits all industrial component. So, when you go to the bearing supplier of Singapore, you need to understand which bearing will fit your operation and machine. You can learn more about the different types of bearings and how they work in our blog post here.

What are the Main Functions of Ball Bearings in Machinery?

Since being patented by Jules Suriray in 1869 (before going on to win the world’s first bike race in Paris), ball bearings have become an invaluable component to most machines and mechanisms in use today.

They are one of the most used mechanical parts and boast homes in both domestic and industrial settings, such as: cars, hydraulic presses, bikes, motorbikes, drills, joints, winding mechanisms, motors, turbines, office equipment, medical equipment and more.

This is because they perform three key roles:

Without considering the use of magnetic bearings (not a subtype of ball bearings), there won’t be such a thing as frictionless resistance. While they’re very commonly referred to as frictionless resistance components, they in fact friction-reduced resistance. The balls, while minimizing friction between two races, still requires friction to stabilize one or the other race. Allowing for this friction-reduced resistance means to also decrease the temperature, rate of wear and the chance of part failure.

In a mechanism, there is always a need to connect parts with joints. The ball bearings act as joints to combine two mechanism components (sometimes with varying axels) in the case of one component spinning such as the bike fork and its wheel.

3. They Carry Loads in the Mechanism

Each ball bearing can hold a load respective to the outer ring band width. Therefore, self-aligning bearings with a double roll capacity can carry a heavier load and remain durable. Bearings come with a static load bearing capacity which is then reflected in the axial hold limitations; some heavy-duty bearing types can carry a load of up to 50% the static load.

Why are Ball Bearings so Important in Industrial Operations and Businesses?

As factories, manufacturing machines and industry operations have developed, more varied applications are needed to reduce time, space and downtime.

With ball bearings holding the ability to reduce ware between parts, effectively combine both moving and static components without manual operation as well as carrying specified load amounts, they can greatly reduce the likelihood of mechanical failure.

Industries such as the automotive trade buy ball bearings in Singapore and beyond to provide engines with friction-reduced resistance to avoid temperature climbs and overloads in the component. Making use of ball bearings for friction-reduction improves the overall performance and efficiency of a car while lowering CO2 emissions.

SLS Bearings is the hub for the distribution of industrial parts from trusted manufacturers around the world. When it comes to bearings, they’re one of the most versatile components useful to any and all industries. So, at SLS Bearings, it’s imperative to provide high-quality industry standard ball bearings.

Not only this, but you’ll be met with the knowledge team for identifying and diagnosing bearing failures as well as services in lubrication and alignment.

Contact SLS Bearings to buy ball bearings in Singapore with quality, durability and trusted manufacturers. The team is available through phone ((65) 6515 0515) or through email (enquiry@slsbearings.com.sg) to find the right ball bearing for your needs.

We are here to help! If you would like to find out more about how SLS can help you with your bearing needs, please contact us by clicking on the button below: 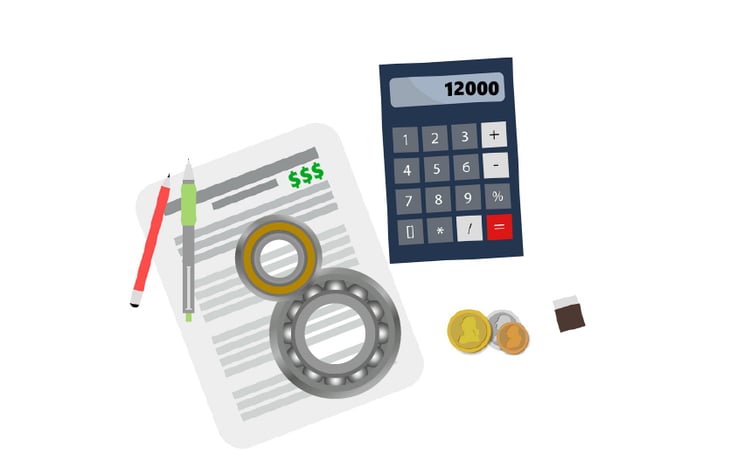