Hydraulics may be one of the most important inventions in the modern world. They are used in a variety of ways, impacting everything we do in our life, from machines used for construction and agriculture, to the cars that we drive and food that we eat. Indeed, without hydraulics, our world would be a very different place.

Hydraulics may not be a very well known topic to some, while others would associate it with just the industrial sector. However, there are more surprising facts when it comes to hydraulics. Here, we have put together some fascinating facts about hydraulics and its system.

1. The Origin of Hydraulics

The origins of hydraulics can be traced back as far as the 6000 BC, where water power was used by ancient Mesopotamians and Egyptians for irrigation. Perhaps one of the earlier modern creation was by the Hero of Alexandria, back in the 100s, where hydraulics was used to create the first known steam engine, also known as an Aeolipile.

Since then, there have been other creations, such as the first music sequencer, a water powered flute in the 900s and the first water-powered programmable robots by the Al-Jazari in 1206. However, it wasn't until the the 17th century where Pascal discovered one of the most valuable principals- you guessed it, the eponymous "Pascal Law", a law that would soon change the world. And in 1795, a man called Joseph Bramah put those ideas in to use, by multiplying a small amount of force and create large amounts of pressure capable of powering machinery and lifting very heavy objects, leading to the invention of the first hydraulic press.

Ever since the introduction of the hydraulic press, many other inventions and experiments have been conducted by various scientists around the world, applying their understanding of hydraulics in their creations and paving ways for new innovations in the field of hydraulics. To date, hydraulics are still popular systems because of their adaptability, offering flexible hoses and small tubing, along with many different actuator types.

When it comes to hydraulics applications, most of us would think of the heavy industries such as construction, mining, and marine. But do you know that we also encounter them in our daily life? Below is a list of a few of everyday items where hydraulics are used.

Garden Hose: A hydraulic hose puts in to work the water distribution and its pressure allows water to be pushed out of the hose.

Cars: A hydraulic brake circuit operates a car's brakes on all four wheels.

Elevators: Some types of elevators use a hydraulic mechanism to power the elevator car's movement and make them stop when needed.

Bakeries: Hydraulics are used in large-scale bakeries to mass produce breads and pastries, allowing them to be lifted, flipped over and moved along conveyor belts for packing.

Amusement park rides: Hydraulic equipment provide and control motion for attractions such as the Ferris Wheel.

Office chairs: Hydraulics makes it possible for the chair to rise up or go down, lean backwards and forwards as you adjust its levers.

Toilet seat: Hydraulics are used in some toilet seats for those with mobility issues that stop them from assessing the bathroom, using a hydraulic lift mechanism to adjust the seat’s height accordingly.

Thanks to hydraulics, our daily life is made much easier without the use of manual lifting.

3. Hydraulic Mechanism Found in the Legs of Spiders

To some, they are terrifying creatures. It could be the way they look, or the way they move almost robotically. According to scientists, it is this precise kind of movement (coupled with their looks) which causes people to fear spiders.

So why do spiders move the way they do?

This is because spiders don't have extensor muscles in their major leg joints, which means their legs don't work the same way as most living, legged beings do as almost all other limbed animals have both flexor and extensor muscles, which produce much smoother leg movements. Spiders, on the other hand, have a different robotic movement that comes from their' "unique hybrid propulsion system". 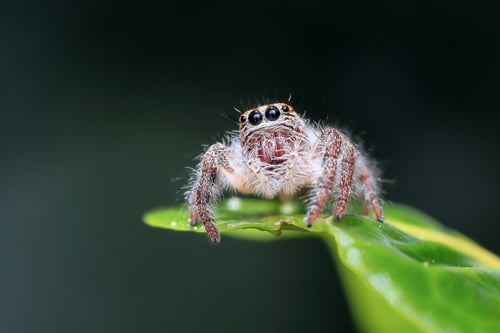 Spiders can be rather cute and endearing, don't you think?

While spiders under a mass of 3g (like Cupiennius salei) primarily use this hydraulic catapult method, spiders with mass over 3g (like Ancylometes concolor) would start to bounce uncontrollably during full hydraulic pressurization, causing its legs to lose contact with the ground, unless it used excessive muscle energy to manage the bounce. Thus, more massive spiders use a combination of hydraulic extension and muscle flex at launch but rely more heavily on muscle flex in their front legs.

4. Hydraulic Action in the Movie Industry

Are you a fan of action-packed films such as "The Terminator" and "Jurassic Park"?  Little did we know, we owe it to hydraulics for these films to be made possible. While there are many films that now incorporate "CGI " as the preferred visual effect for their films, many filmmakers still retain live actions of "aliens" or "creatures" to provide lifelike scenes. With the use of hydraulics, these feats of artistry are achievable through fluid power.

Below are just a few examples of movies that incorporate hydraulics in their film, in one form or another:

When thinking about hydraulics in film, the titular title goes to none other than the 1996 classic Jurassic Park. One of the most popular franchises in the world, it has also expanded beyond film, to comic books, amusement parks, and video games. The use of "amimatronics" in Jurassic Park is an iconic one, as the T-Rex remains the largest animatronic ever used in film, and its final model measures out to a whopping 20 feet tall & 40 feet long, weighing at 9000 pounds. To bring these magnificent dinosaurs to life, different valves pumped almost 60 gallons of hydraulic fluid in one single minute! 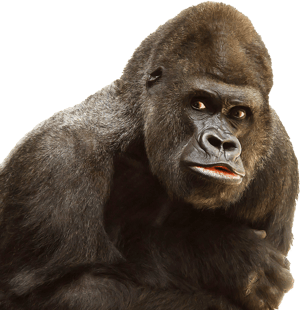 While the latest King Kong franchise now uses CGI for their visual effects, it wasn't the case with the 1976 remake of the film. Remember the scene where the ape's giant hand holds up the lead actress, Jessica Lange? With a tight schedule, the producers could not afford the time to design a mechanical hand. Instead, they turned to hydraulics. As there was no time to order custom cylinders, the engineers opted for standard hydraulic cylinders, tested them in assembly, and then improvised if something did not work right. Thankfully it did work right in the end, with a fully functional Kong that resembles a real giant ape.

Hidden within his hairy figure were hydraulic muscles and their commanding nerves, Kong was equipped with 140 hydraulic cylinders; 84 remotely-controlled proportional valves (stacked 16 high in his belly); two hydraulic motors to turn his wrists and arms; 150 potentiometers; and 3100 feet of hydraulic hose, with as many feet of remote control electrical wiring. To operate the extra pair of arms for detail shots, there were: 50 cylinders; 34 proportional valves; two hydraulic pumps and motors each; potentiometers for each cylinder and motor; and hundreds of feet of hydraulic hose and electrical wiring.

And of course this list would not be complete without mentioning The Terminator, arguably one of the most popular movie franchises of all time that propelled Arnold Schwarzenegger to superstardom. In an iconic scene, the terminator was "terminated" by its protagonist, Sarah Connor, by using a hydraulic press. While the crippled cyborg attempts to crawl through it after Sarah, she manages to reach the start button of the hydraulic press just in time, finally destroying the cyborg.

Electrohydraulics have continuously pushed the envelope for what fluid power setups are capable of, especially in size management. With a mixture of hydraulics and electronics, we have been able to make electronic motion sensors more powerful while making the hydraulics more compact and accurate. It is inevitable that we will see this technology cross over with the entertainment industry in the near future.

You know those hopping cars you see in the movies or music videos (also known as lowriders)? It is done through installing hydraulic kits that allow a completely adjustable height for the vehicle. These kits use electric hydraulic pumps and normal hydraulic cylinders to raise and lower the vehicle. 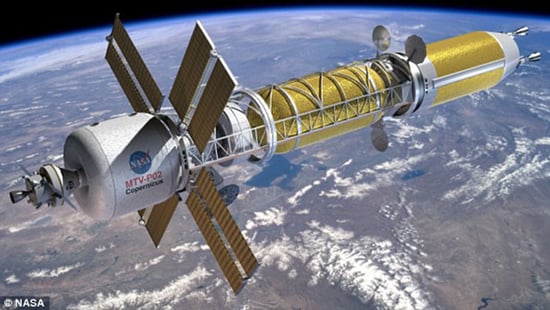 Incredibly powerful hydraulics are what is used to power NASA’s space shuttles. The pumps NASA uses have an RPM of 3600, each potentially providing an impressive, and nearly unheard of, 3050 PSI. The NASA space shuttle has a powerful hydraulic system that handles various aspects of the shuttle’s flight control, including positioning of aero surfaces, landing gear deployment, nose wheel steering.

Ready for your Hydraulic Needs

Hydraulics are significant in applications from every kind of industry. Here at SLS, we have a team of experts who are ready to assist you with your exact needs. If you would like to learn more about how hydraulics can be beneficial to your industry, please click on the button below: 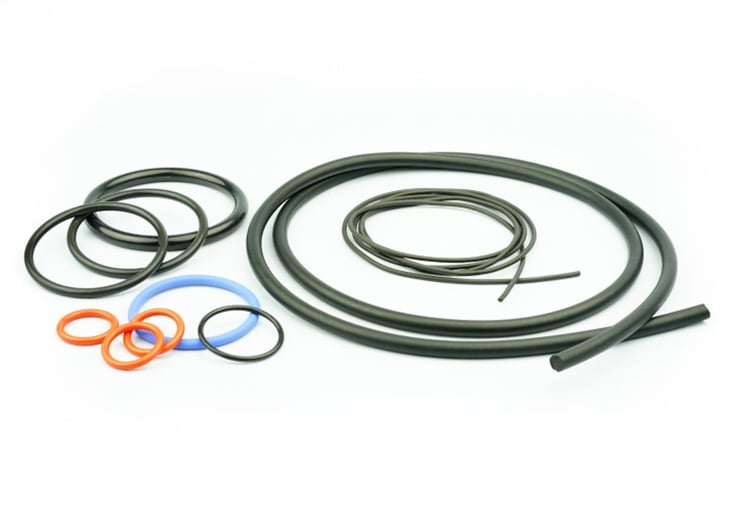 What Are O-Rings? Where and Why Are They Used?
In Product- Non-Bearings 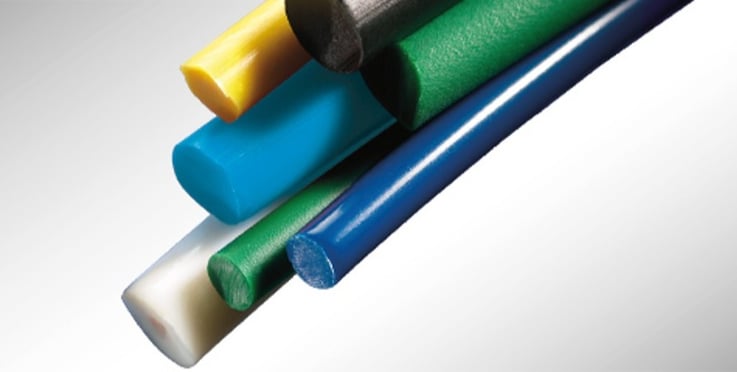 What Are Round Belts Used For?
In Product- Non-Bearings 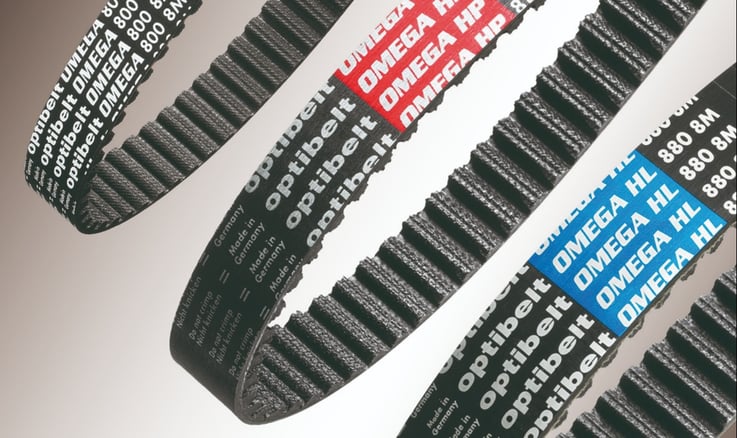